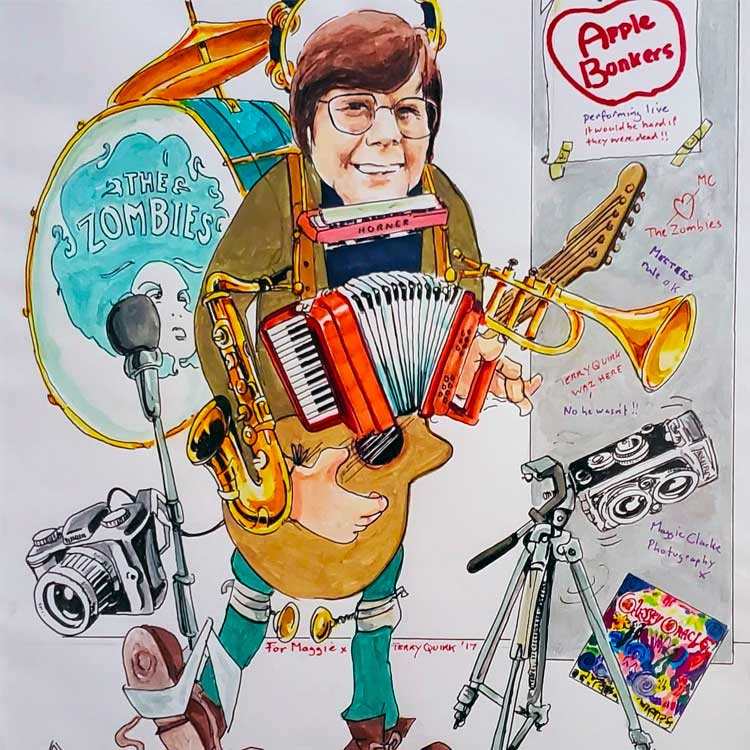 This is a woman with a Bachelor’s degree in Geology, a Master’s in Environmental Sciences, a Master’s in Energy Technology (Applied Sciences) and a PhD. She thought there might’ve been a professorship down the road.

Unfortunately, that hasn’t happened. Quite simply, if you don’t fit into the employers’ boxes, even when there are few people with the qualifications you have, and if you are not good at marketing yourself, you miss out.

Dr Marjorie J. Clarke is analytical, logical and unwaveringly honest. She is spatial; remembers more about where people are from than their faces or names. And she is passionate about her work.

She can still make a difference. And she does, despite being repeatedly overlooked for the well-paid positions. It has always been that way - from the early days when she had two Master’s degrees and the wage increase went to the GUY with one Master’s.

When she was twenty, she wrote a 50-page report for the Massachusetts coastal zone management agency suggesting that the New National flood insurance program, which offered insurance inexpensively, would encourage more people to build on the coastline. She reasoned that this would eventuate in death and destruction. That was before climate change. She was right, though.

The response to the report was a slanderous letter from the agency, and the loss of a fellowship for the young scientist.

It doesn’t help that she’s female. And not the kind of girl who wears hosiery and high heels. Employers told her she should wear hosiery and heels. But she didn’t. It wouldn’t make her a better scientist.

One employer insisted she write ‘quick and dirty’. She tried to. But ultimately that was another role she lost. She might have secured more work if she had dressed like the kind of girl the men would find more attractive. But when you have knowledge that will make the world a better place, who cares about hosiery and heels.

She sells her photos of the natural beauty of America, and everywhere else in the world she has travelled. And she sells pics snapped at rock-and-roll gigs. It has taken years to build relationships with the managements of bands so she can sell the photos.

Clarke, the musician rugs up in the New York winters and busks in bands in railway stations. Playing Moody Blues, Meetles and other classic covers, the Apple Bonkers and Meetles have entertained commuters for years.

She earns money to pay the rent and put food on the table from these modest artistic pursuits.

She also plays a regular session from her living room.

In 1984 Clarke the environmentalist founded the award-winning Riverside-Inwood Community Garden at the confluence of Riverside Drive, Dyckman Street, Broadway, and Seaman Avenue in the Inwood section of upper Manhattan.

She continues as President and gardener today.

But, despite her extensive education, her vast knowledge and desire to make a difference, that well-paid job which would allow her to make the kinds of differences she wants to make still eludes her.

Having an ASD (autism) makes her eccentric to the mainstream. It’s ironic that she wants to make changes for humanity, yet it’s humans who prevent her from doing so.

Having said that, she still DOES make differences.

She’s a recognised authority in Environmental Science. A New York Times article reveals the United States Environmental Protection Agency listens to her, though I imagine it doesn’t always want to embrace her advice.

Clarke conceived, wrote, and garnered support for a law to eliminate incinerators from 2,200 New York apartment buildings. Mayor Koch signed the paper into law in 1989.

She has been an expert witness in the American court system and provided testimony to countless panels and government committees, not the least of which involved informing authorities on New York’s air quality after the terrorist attacks on the World Trade Centre in 2001.

She continues to question the USEPA’s claims that New York’s air is safe, even now, twenty years on.

Prior to 9/11, air quality standards were calculated by considering the effect on human health and the environment of one hazardous air pollutant at a time. When the towers fell and the subsequent fires burned for months, dust and ash permeated every conceivable city crevice. When the wind disturbed the dust and responders transported the debris from the scene, the carcinogens went too; deposited way beyond the city block where the towers once stood.

This was a previously unencountered form of air pollution, chemicals consistent with those from a crematorium, a volcano, a solid waste incinerator and an asbestos factory combined blanketed New York and beyond.

New Yorkers going about their business in the city’s air-conditioned buildings continue to breathe in the pollutants to this day because the EPA’s handling of the clean-up was ineffectual.

Clarke has designed and carried out research projects pertaining to solid waste management technologies and practices and further analysed these from both an environmental and engineering perspective.

She has advised on air quality in major cities beyond New York and authored articles and testimony on incineration, waste composition and waste prevention. She has written a book on state-of-the-art waste-to-energy vs actual practise and she was the technical advisor on films dealing with environmental issues.

One film won Best Film by a Non-Government Organisation at an Environmental India international competition in 1998.

There were stints as Adjunct Assistant Professor at four of the colleges in the City of New York College system.

There were periods as an instructor for the

The list of her achievements is impressive and inspiring.

Fortunately, social media has been a boon for many people with ASD. People on the spectrum can converse with others without the anxiety that goes with trying to fit into a neurotypical world, or the need to be seen to be ‘fitting in’, of adhering to the social cues around reciprocal conversation. It is on social media where you see the respect she deserves from her peers. There are occasional detractors too, of course, but she’s a scientist - she argues with common sense and logic and comes out on top.

What can we glean from this story? It is NOT that the debilitating qualities that can occur with Autism Spectrum Disorder thwart Dr Clarke’s capabilities. (She doesn’t see ASD as a disability.) It is that some members of society hinder her desire to make changes for the good of all humanity. Such people often silence the accomplished women of this world to protect their own interests. It has happened before (Temple Grandin, for example—another brilliant woman with ASD who was laughed out of the room by men who thought they knew better). I’m sure it’ll happen again.

Thanksgiving passed by recently. Maggie Clarke posted a list of things she was grateful for on Facebook, along with a pic of the roast dinner she made to eat alone. She was being sensible and staying home in an America decimated by COVID-19.

She would have stayed home even if the New York city Health Commissioner hadn’t recently urged older people to do so. Her science background would have spoken to her of the common sense to do so.

Her Thanksgiving list was like that of any other sensible woman who values life, her life, all life. The post touched me. Here is a woman who has given so much to the world and who could give so much more if she didn’t have to comply with the social and professional expectations of people with their own agenda. She was giving thanks for her health, for food, clothing and shelter, and for the future, though, she acknowledged, there were going to be some challenges in that area. She was thankful for all the music and musicians in her life and for nature and the photographs she could take of nature. And she was thankful for her friends.

If I was an American celebrating Thanksgiving, I’d be thanking the universe for Americans like this woman. She’s a person with a passion for science, a woman with an Autism Spectrum Disorder that enables her to so significantly focus on a topic, that she devises sensible solutions for extraordinary problems—and with no alternative personal agenda. She is a woman who simply wants to do what she loves; and in the process make the world a better place. I admire her and applaud her.